“I believe” is the flying track of dreams

Dreams are never merely dreams, but rather the genesis of miracles, the starting point of big leaps and the impetus of creation. “I believe” is the flying track of dreams. When inspiration flashes upon the mind like a shooting star across the sky, when the fervor of dreams goes full steam ahead in the heart, when the glimmer of hope flickers in the shadowy darkness. I believe will serve as a beacon in night sailing, guiding the vague foresight towards a real encounter.
In her latest 2016-17 Fall/Winter collection, Guo Pei takes encounter as her design motif, with her designing in the spirit of couture, Guo Pei expresses anew her faith in dreams, her musing about karma and her perception of the time. Foresight leads to encounter, dream appears before it comes true. The 29 pieces of works in this collection, generated from Guo Pei’s unique perspective and design ideas, represents to the world the designer’s ponders about reality and future.
Special material and fabrics is a highlight in the design of the whole collection. The fabrics with a sense of technology and slightly surreal taste combined with classical exquisite manual craft, creating a full wonderland of dreaminess. The exquisite handcraft remains an indispensible focus in Guo Pei’s design. This collection depicts the mythical creature dragon in ancient Chinese fables with magnificent gold thread embroidery. This is the second time that Guo Pei uses dragon as the leading element throughout the whole design series. However, unlike her 2012 The legend of dragon collection, the dragon pattern used to symbolize the emperor and royal power in ancient Chinese culture now represents itself in the design of the newly released collection with a much more low-profile and aestheticism stance. 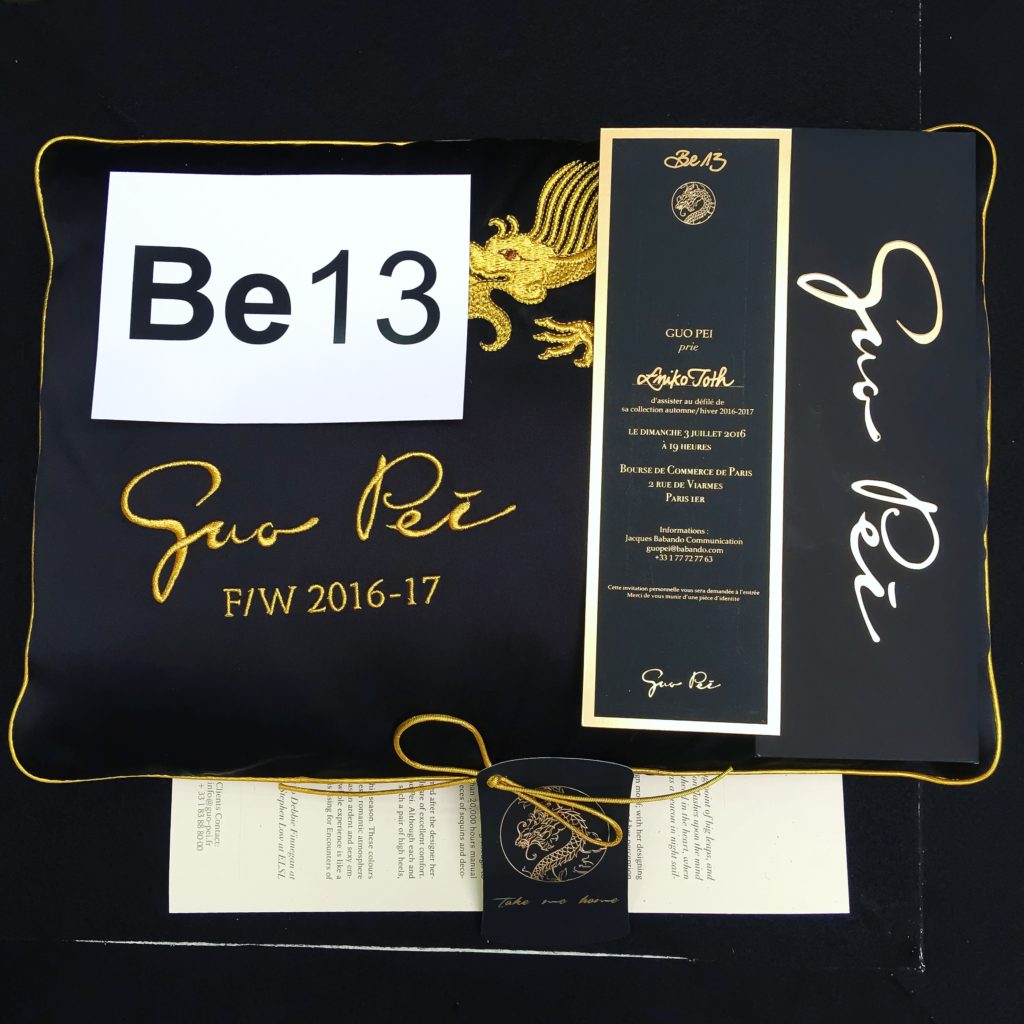 In accordance with her own custom, Guo Pei will display in each show a grand dress that is amazing enough to astound the whole audience. This gror finale dress in the new collection took more than 20000 hours manual work in total. Starting from the ennoblissement procedure, the hundreds of thousands pieces of sequins and decorations on the dress were all hand-sewn one-by-one by the artificers.
The shoes in this season’s new collection belong to a to-be-released footwear brand named after the designer herself. This brand is, as it were, a gift from Guo Pei to her couture customers. The high heels are of excellent comfort. The elegant heel curves and gorgeous colours retrains the consistent design style of Guo Pei. Although each and every pair of shoes are over 15 cm in height, they are actually quite fit for wearing. With such a pair of heels, you can rock any long dress in a most perfect style.
Colour, that is another non-ignorable highlight in the design of the new collection of this season. These colours are very dramatic, containing great tension in themselves. The mix of black and gold creates a romantic atmosphere of luxury and classicism, the rich blue looks mystical and noble, the red colours shows up as an ardent and sexy embellishment and the dreamy white colour imparts an aura of airiness and elegance. The whole experience is like a dream. On the show field of Guo Pei 2016-2017 Fall/Winter couture collection, the curtain is rising for encounters of the light and the darkness, the reality and the dream, the classic and the future. 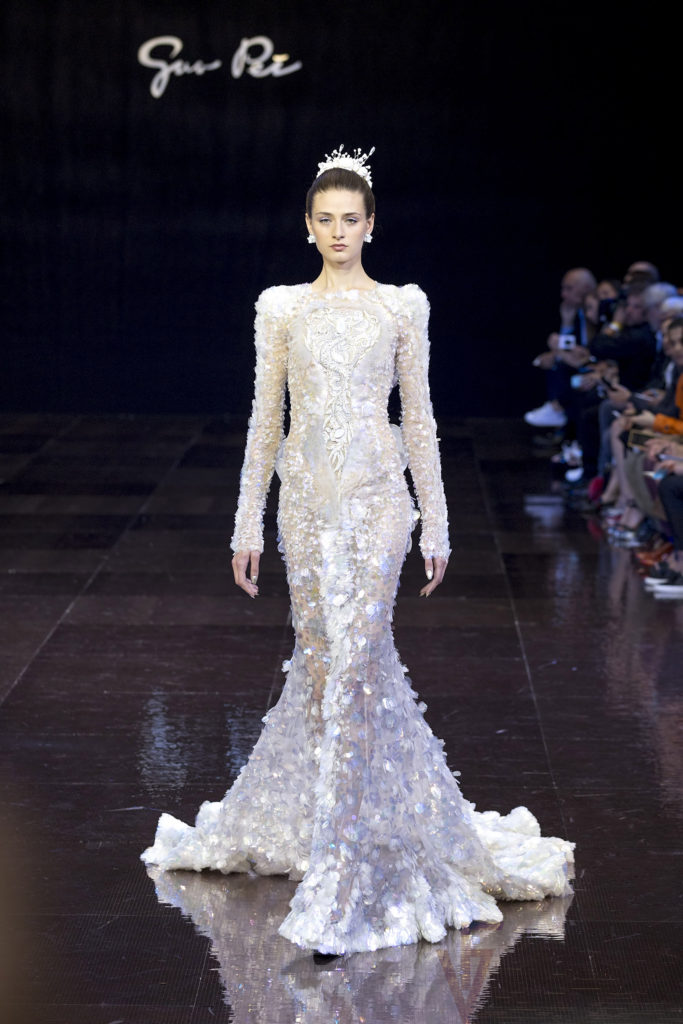 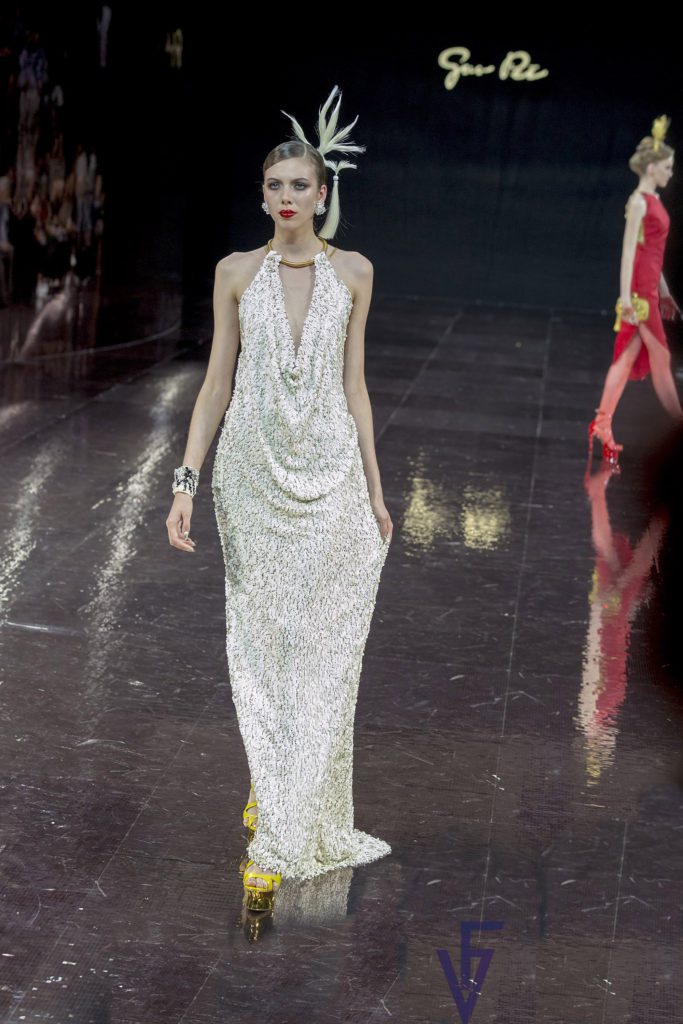 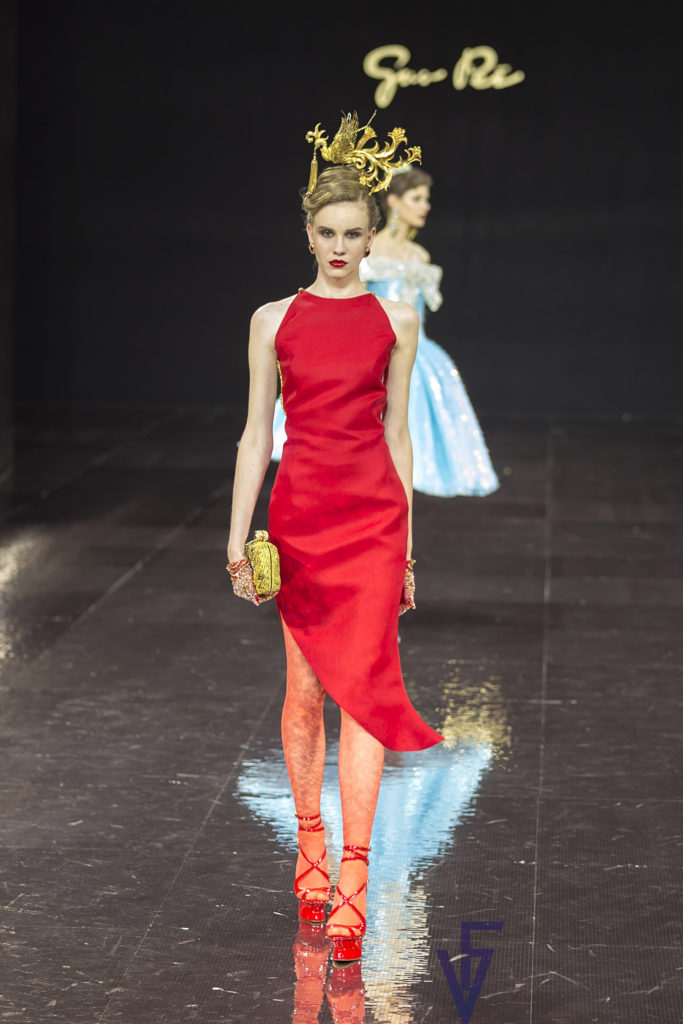 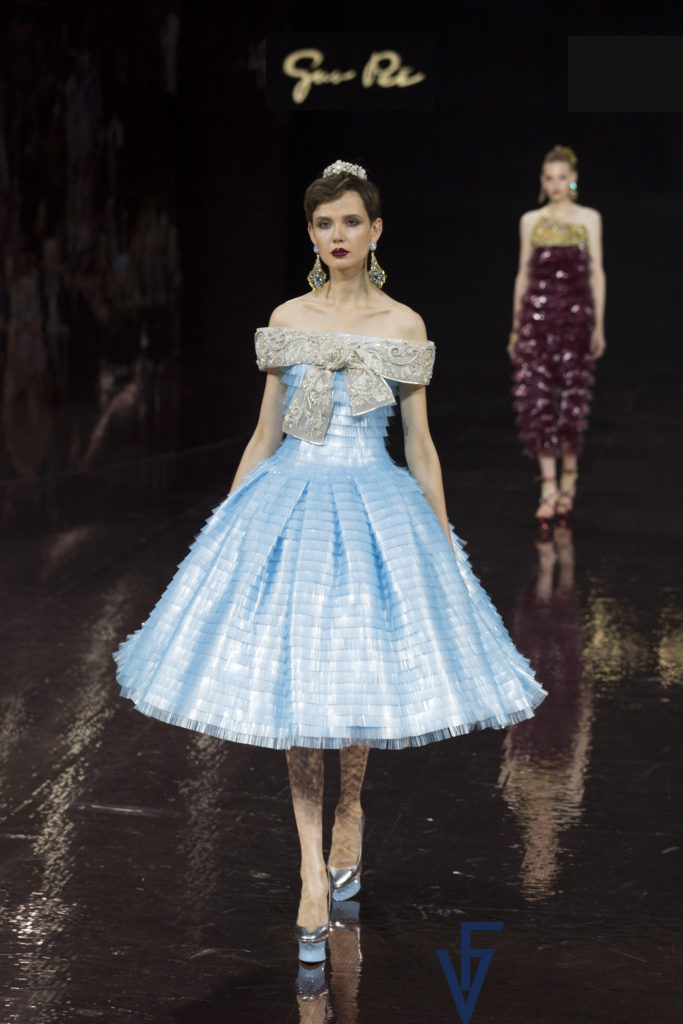 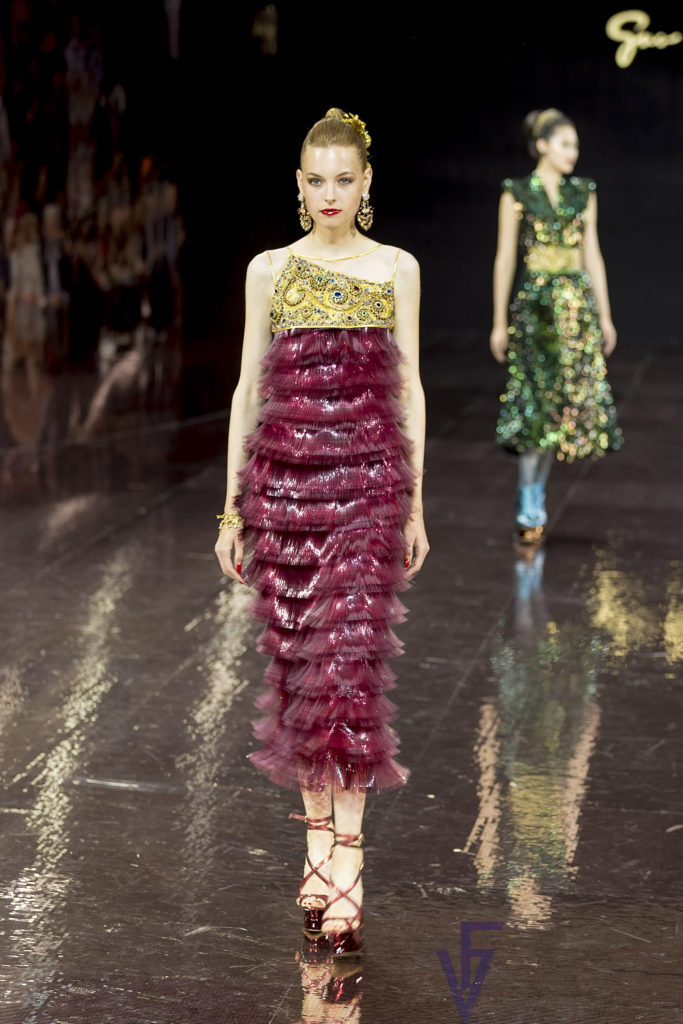 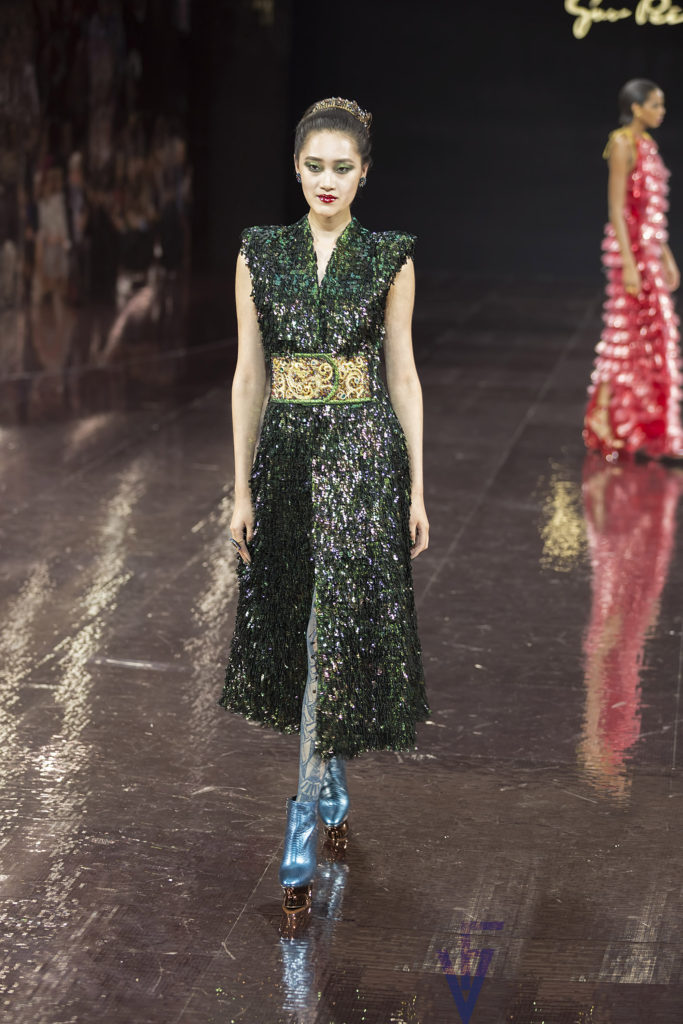 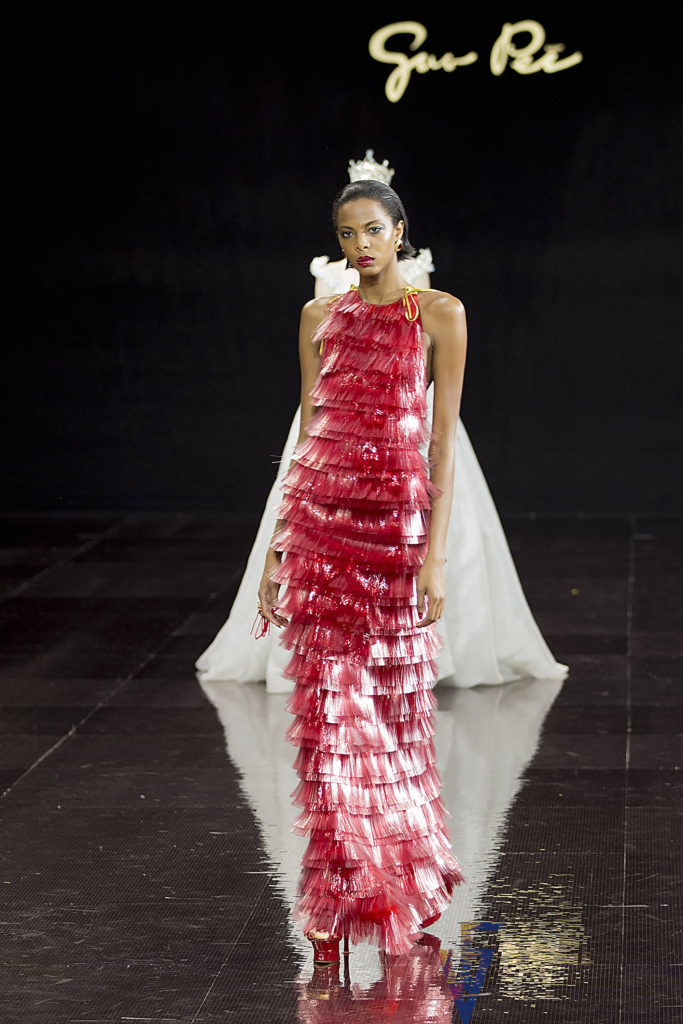 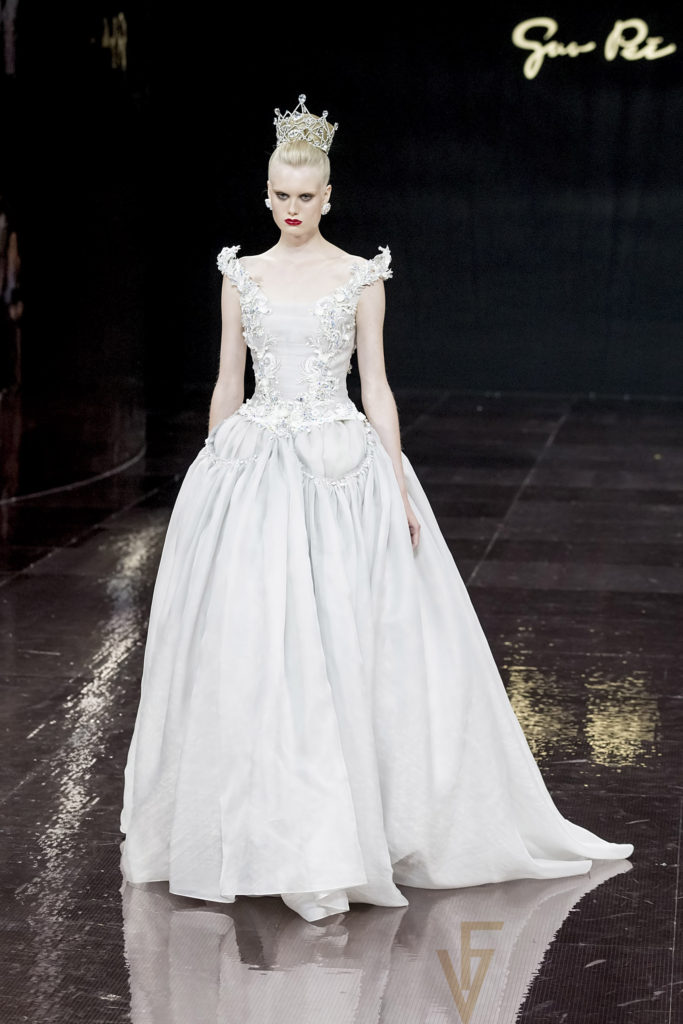 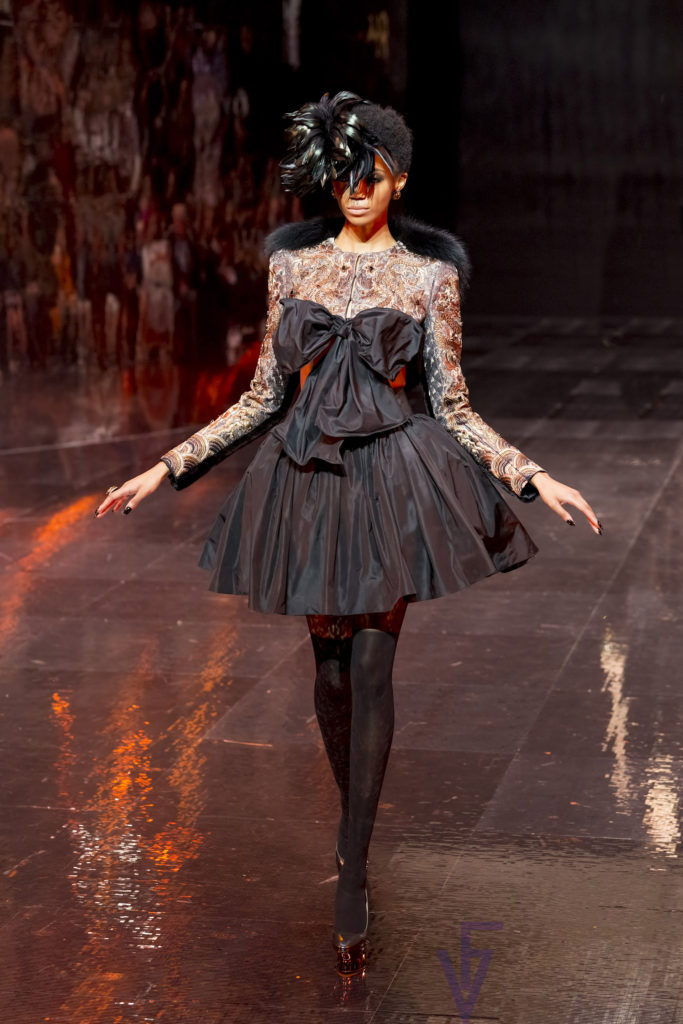 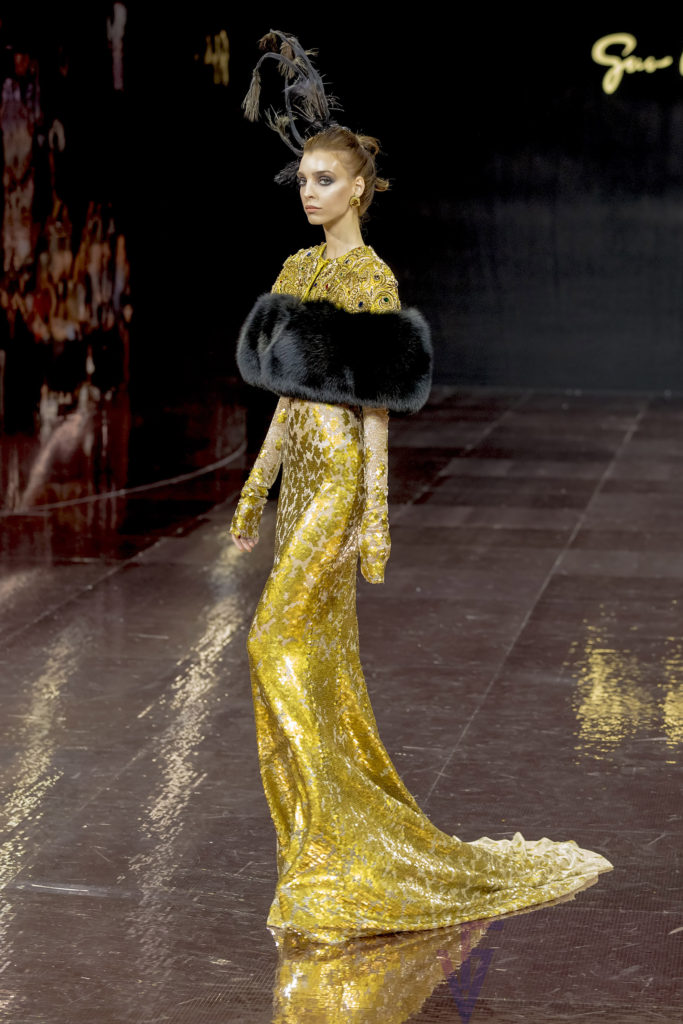 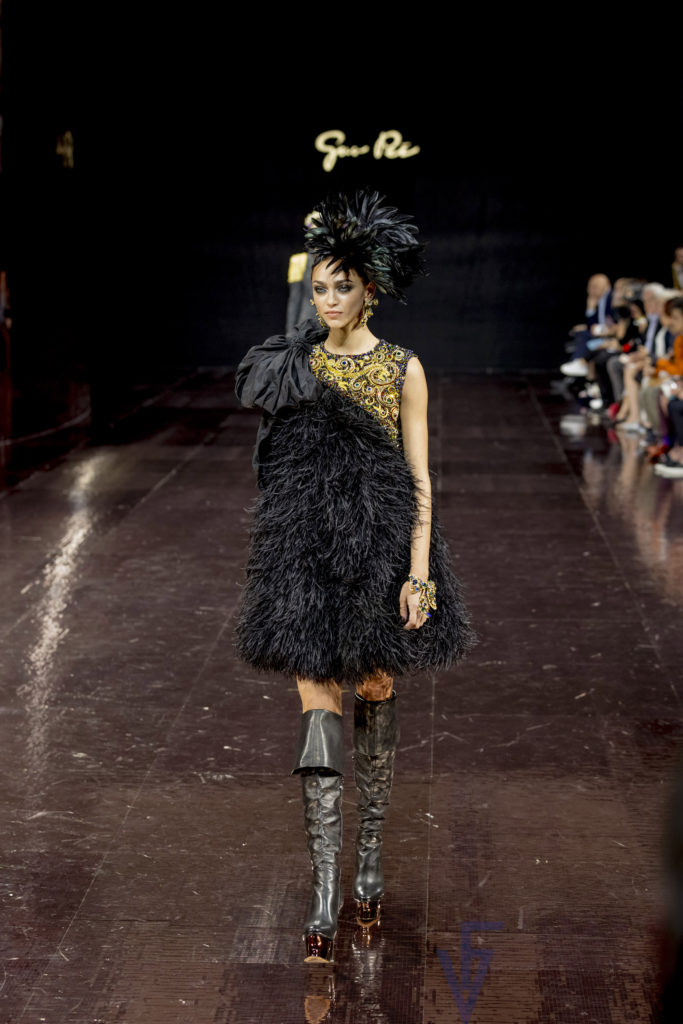 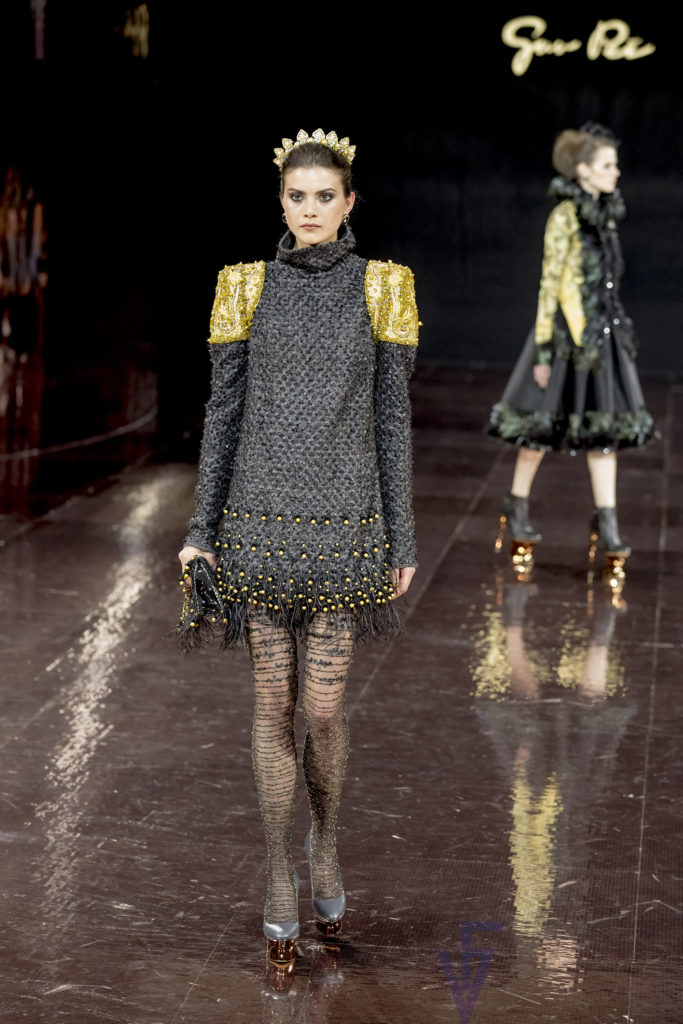 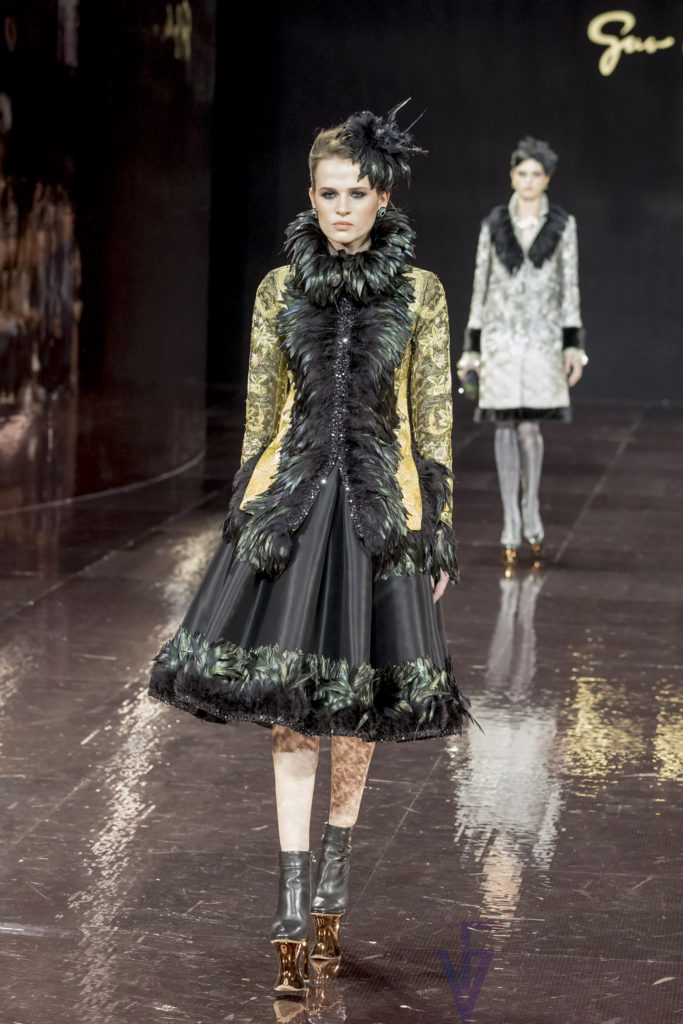 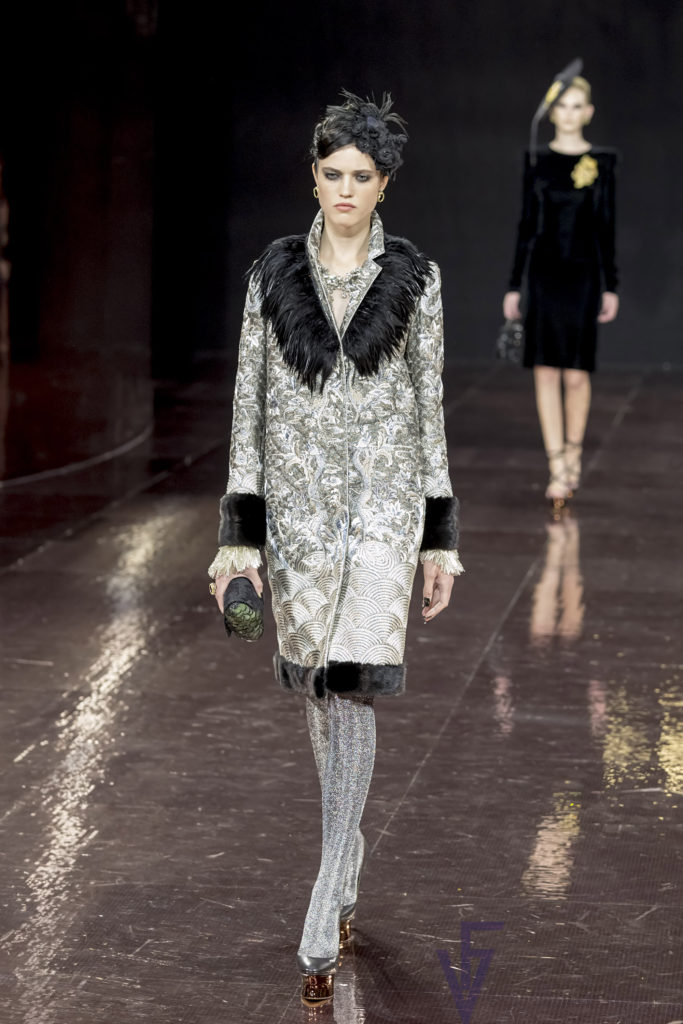 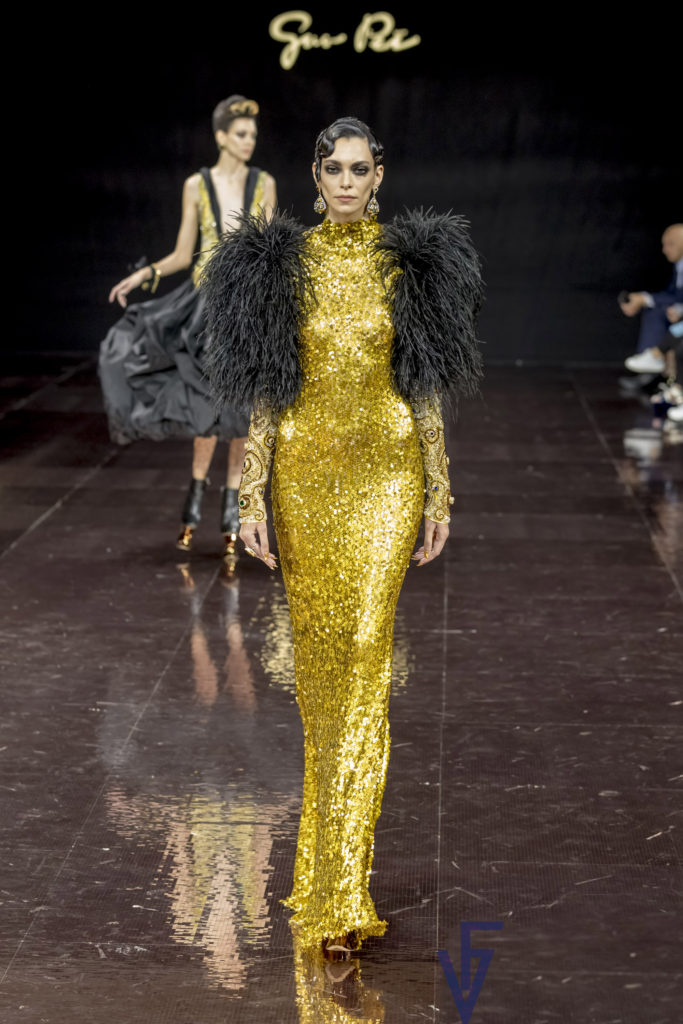 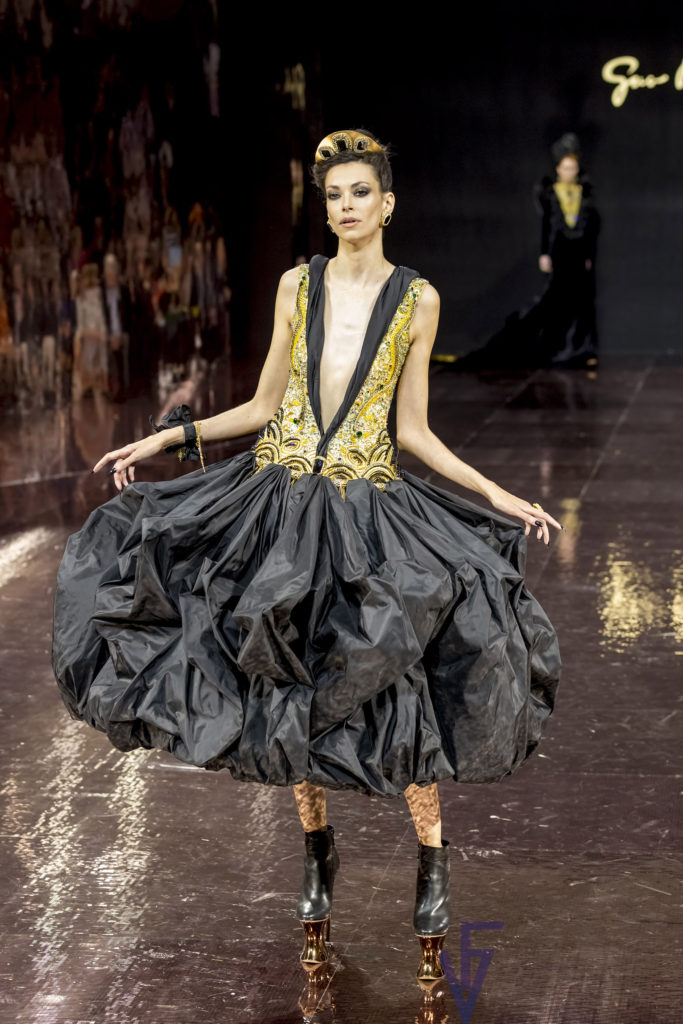 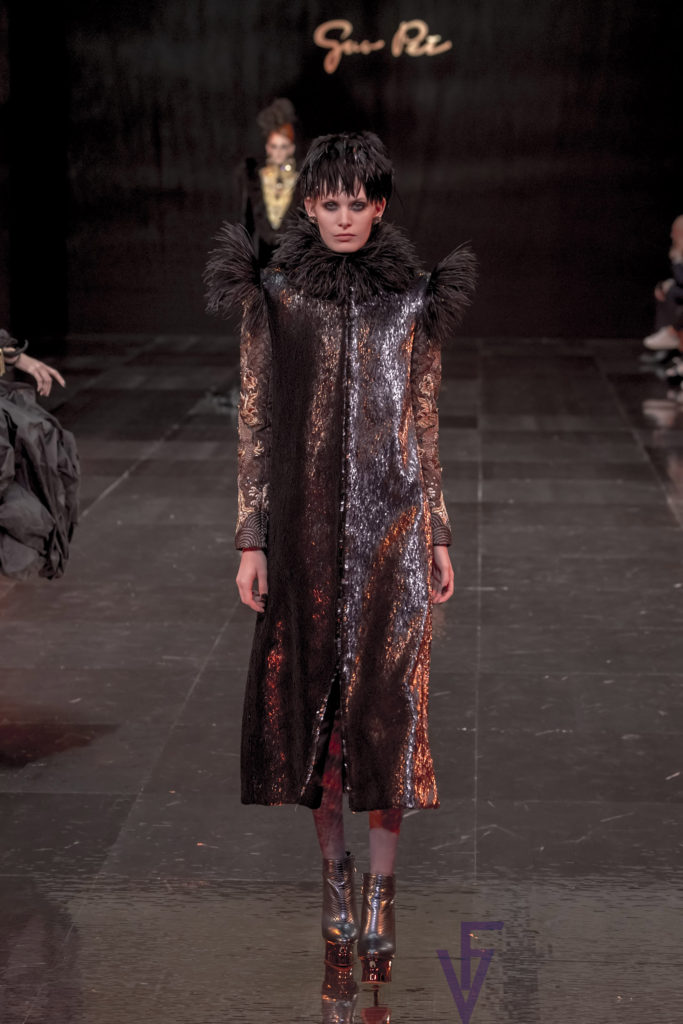 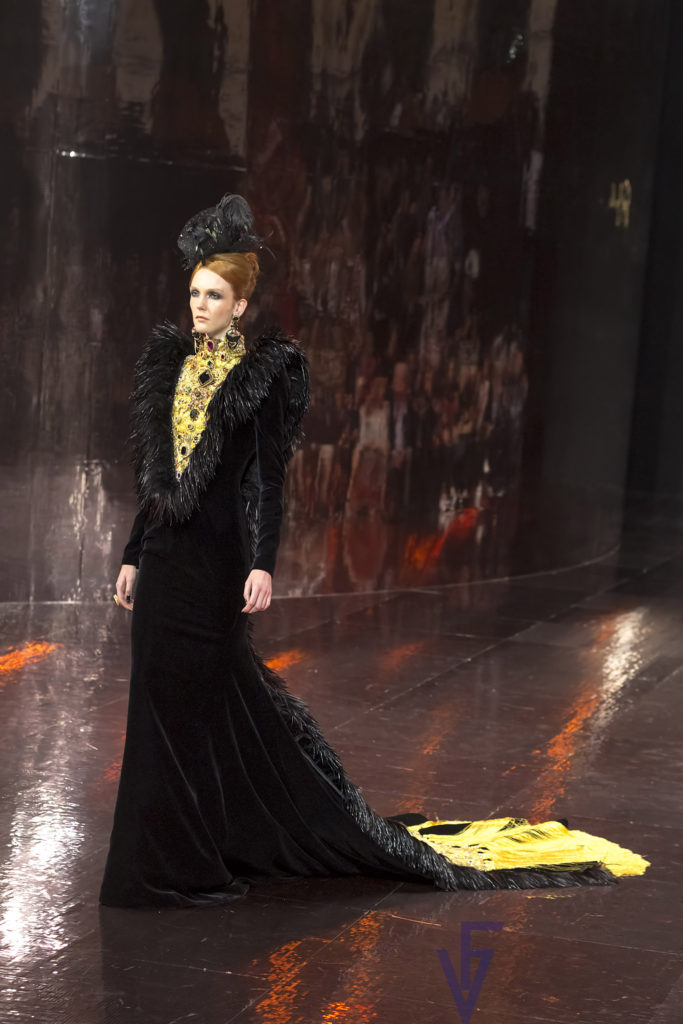 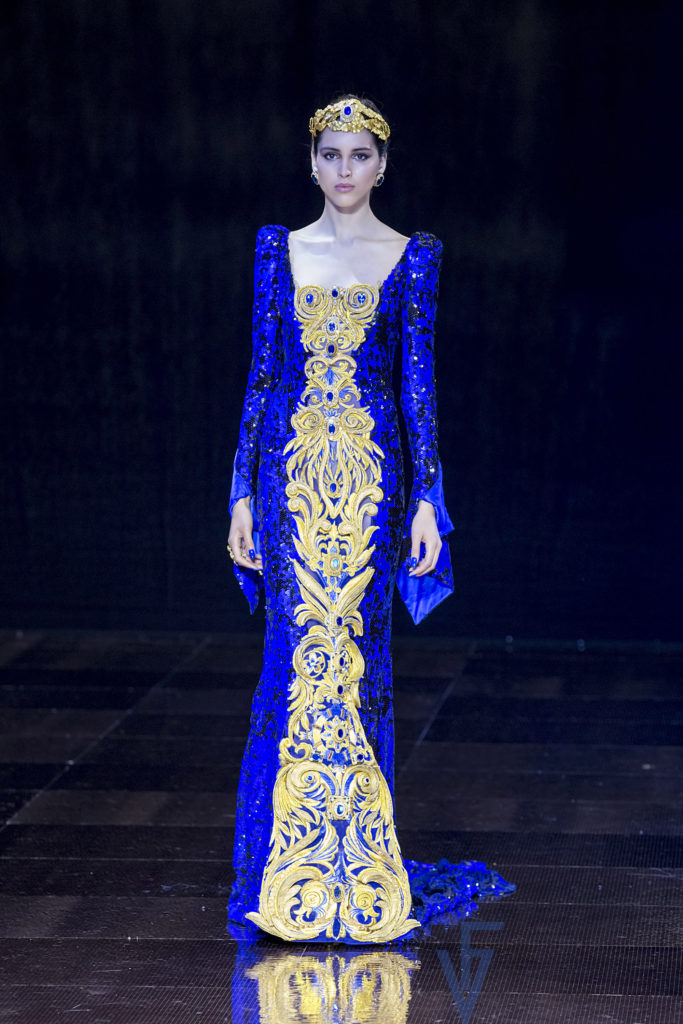 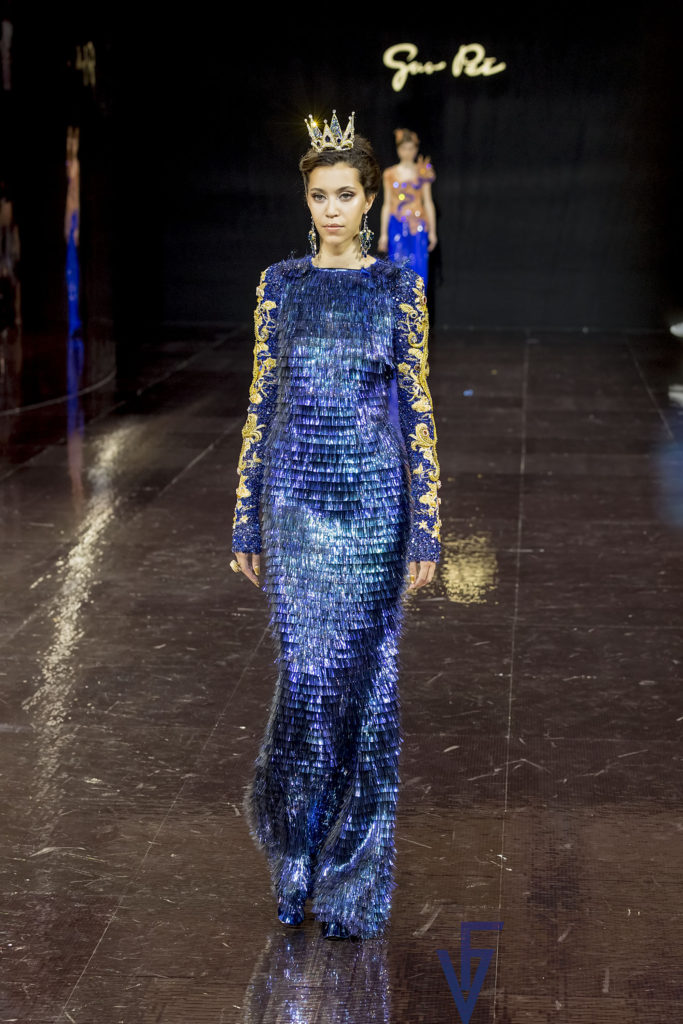 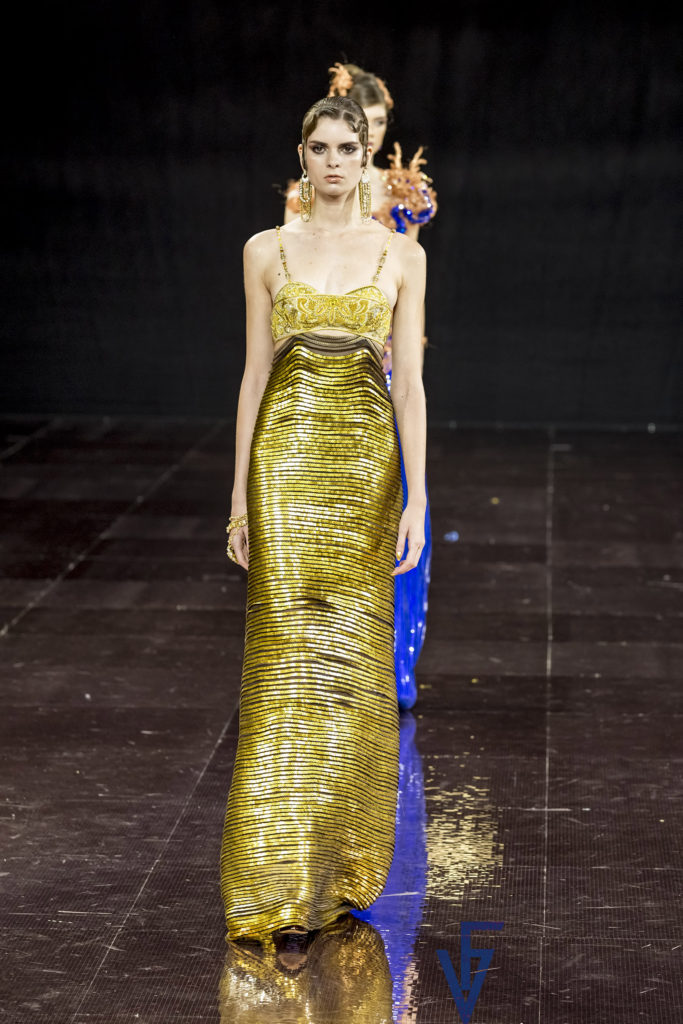 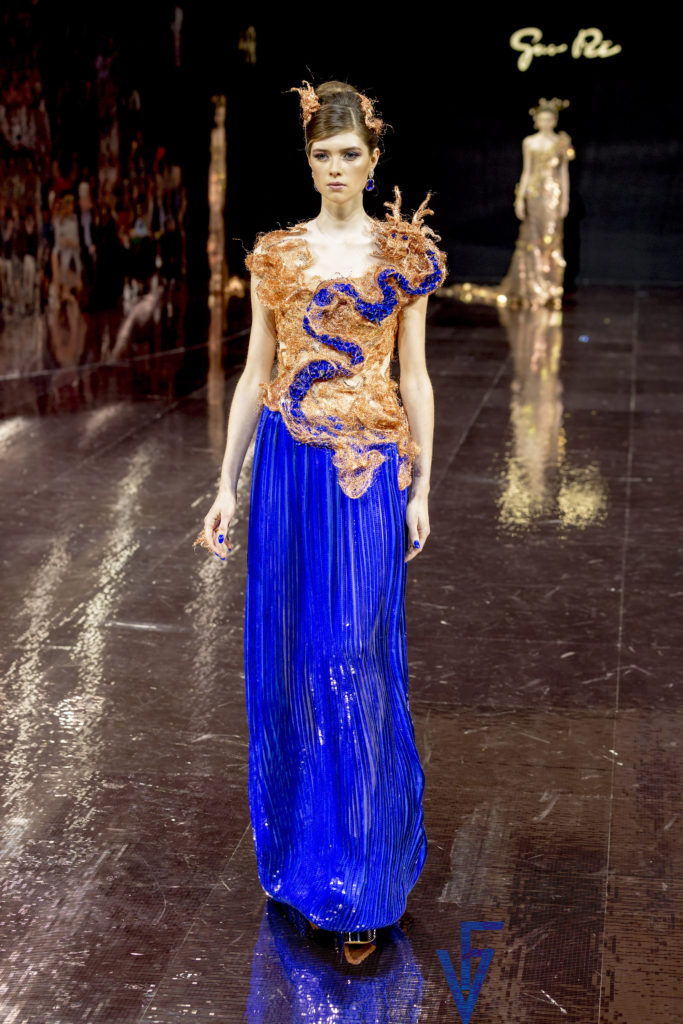 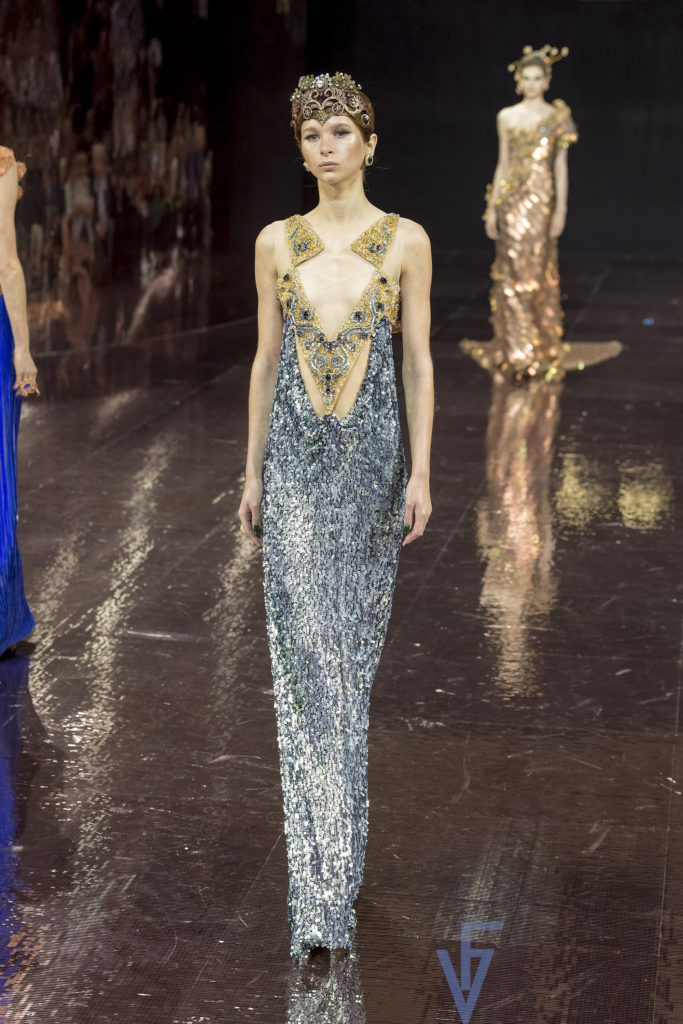 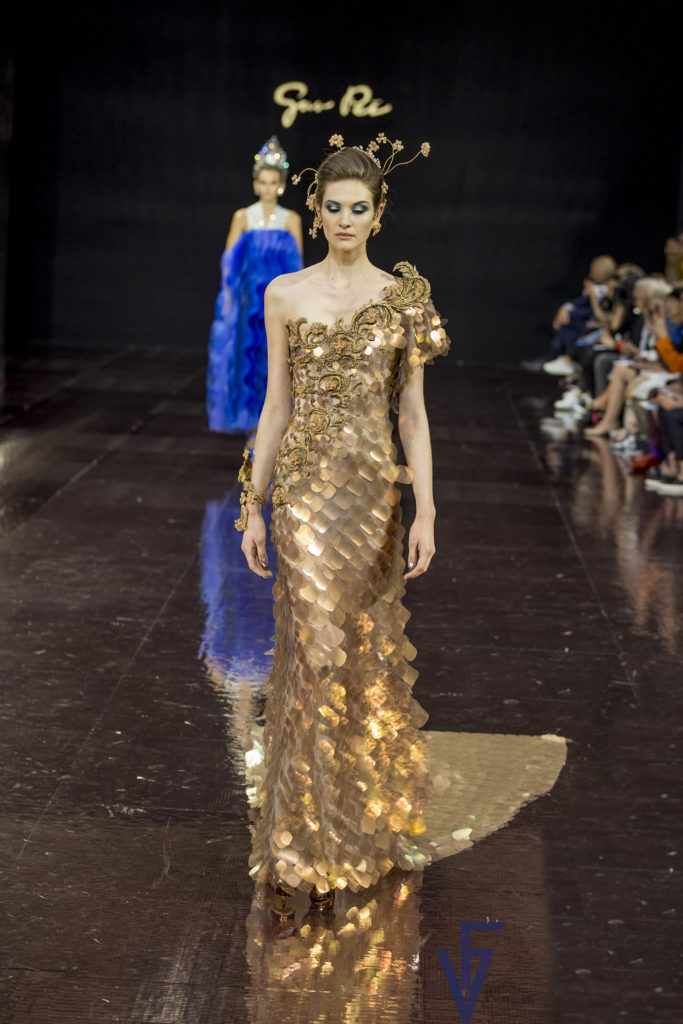 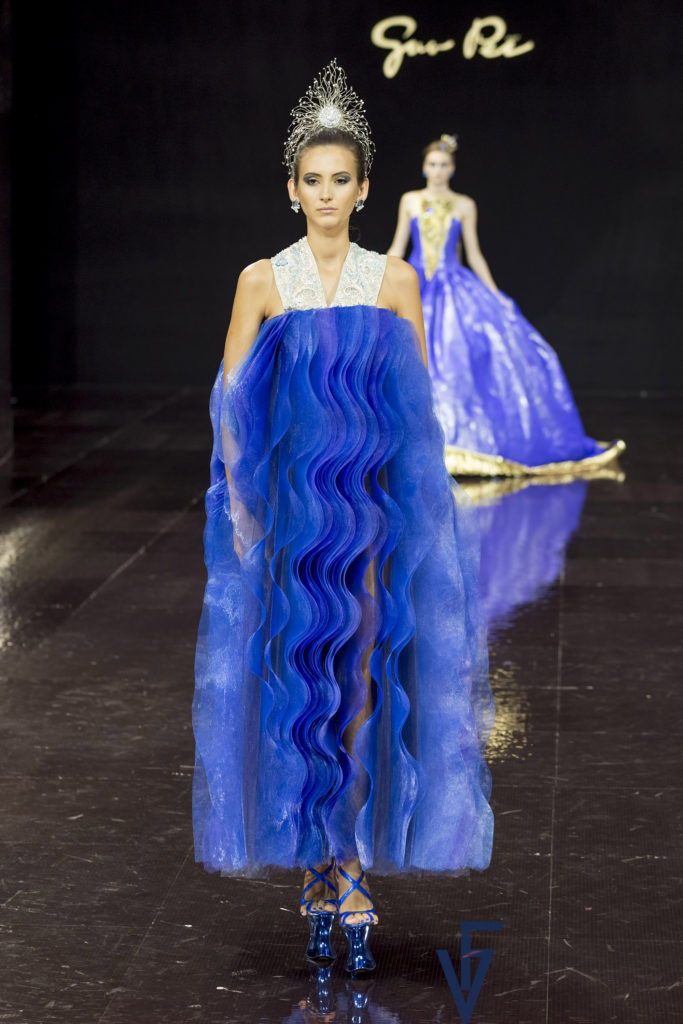 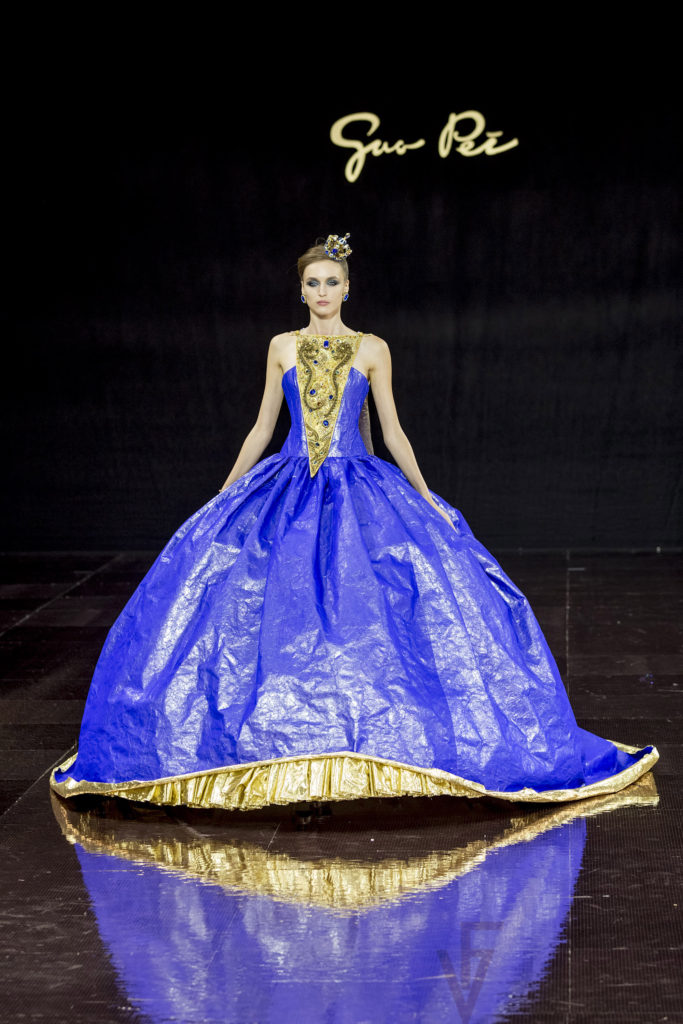 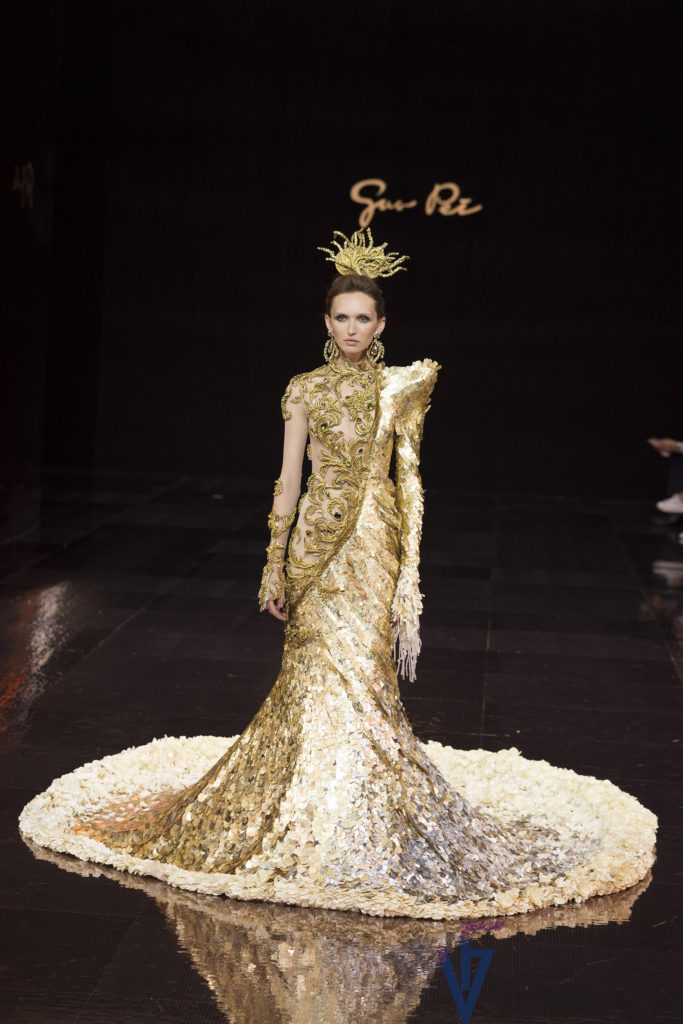 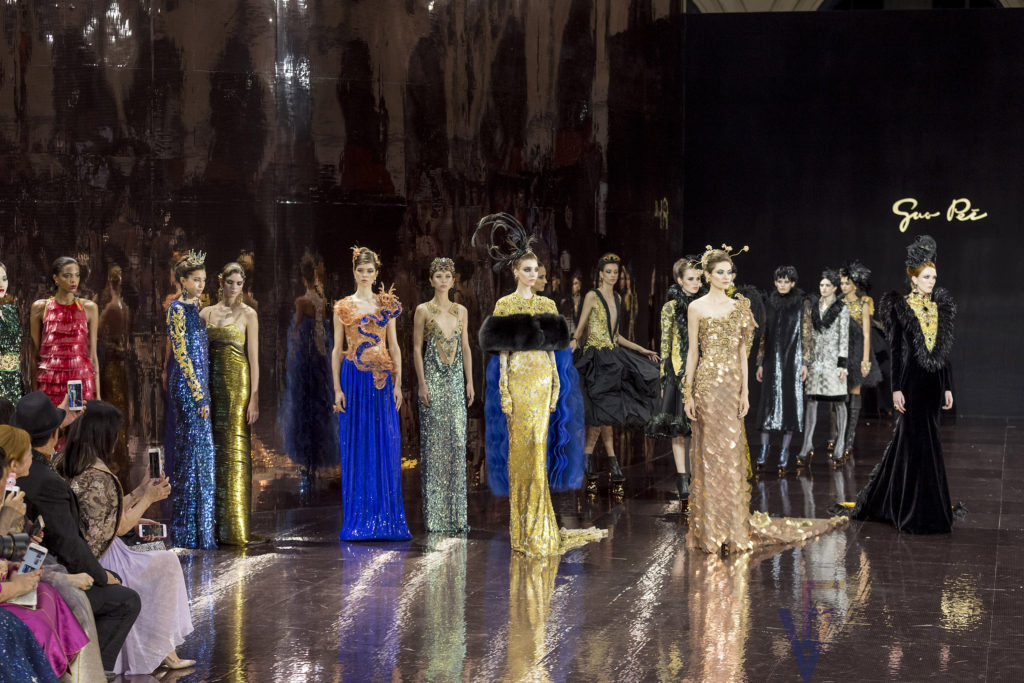 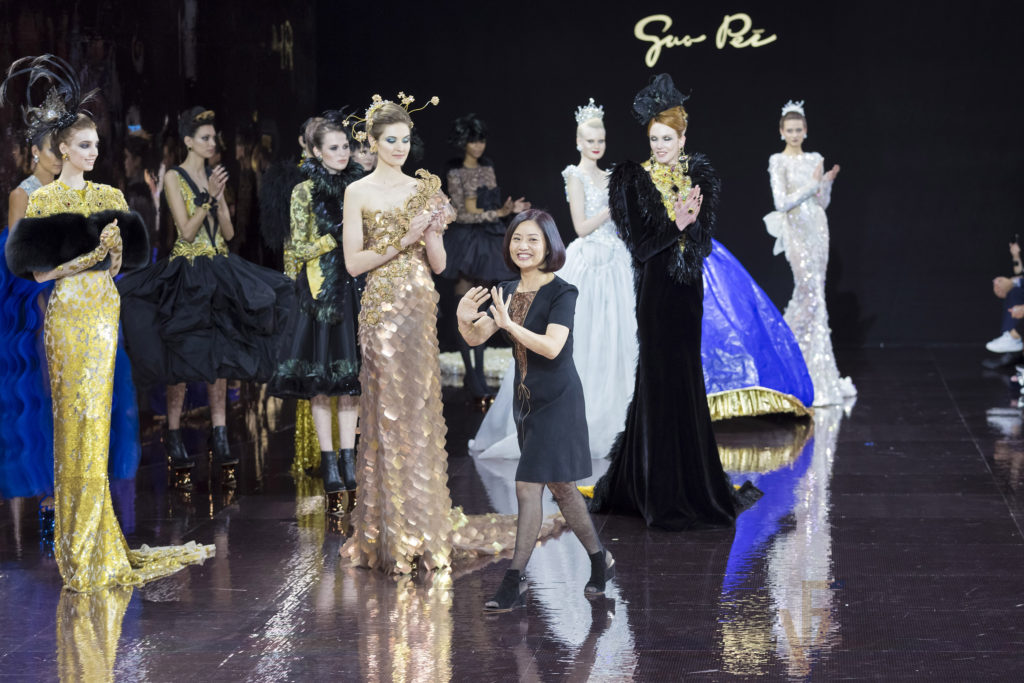